Home / Sharing / Opinion / Why the iceberg model has it all wrong 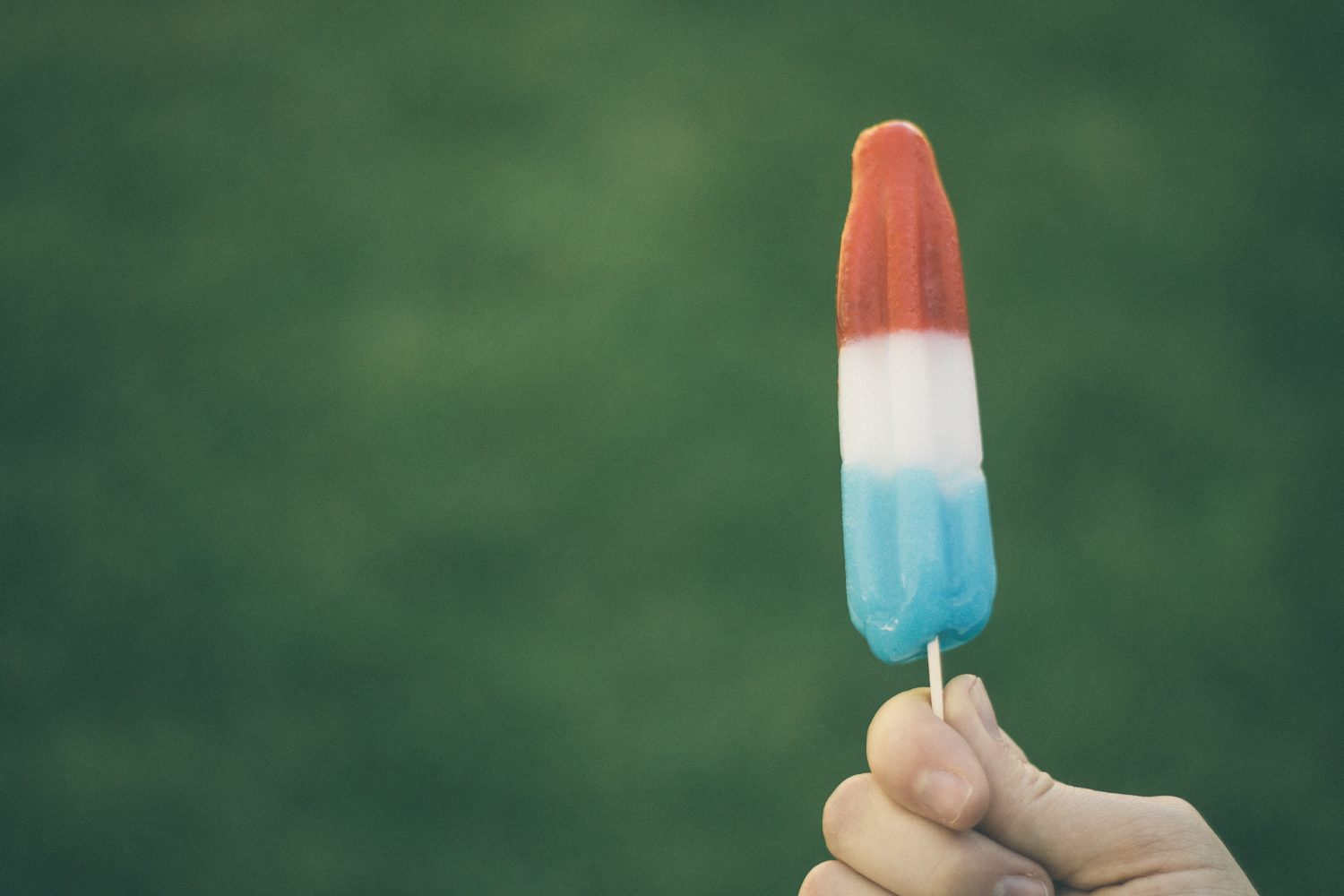 Why the iceberg model has it all wrong

Stop working on mindsets to change culture – it doesn’t work.

You read it right. I know, that might have come as a bit of a surprise after having heard everyone bang on and on about changing culture to a very different tune. And therein lies the problem. The same ‘change conversation’ has been happening, over and over, but we’re just not doing enough to make things really shift.  In that conversation, the focus is often on that oh-so-familiar iceberg model that (we) consultants are so quick to draw on the board. You know the one – with behaviours sticking out above the waterline, while the all important values, mindsets and emotions are hidden below the surface, where the difference is made.

We are told that personal choices are where it’s at; that you CAN change the culture by training individual people to be more emotionally intelligent, to be clearer about their values and to make better quality choices. Makes sense, right? Well…no…

I confess, I have drawn up that same model myself, many times. But over time, I’ve become increasingly frustrated at seeing the training work… a bit… for a while… and then fade away. That’s when the original programming seems to swing back again… and the prevailing culture is back. How much time and money is thrown at training people to make better choices without considering whether or not the impact will be permanent, or whether the return outweighs the cost? 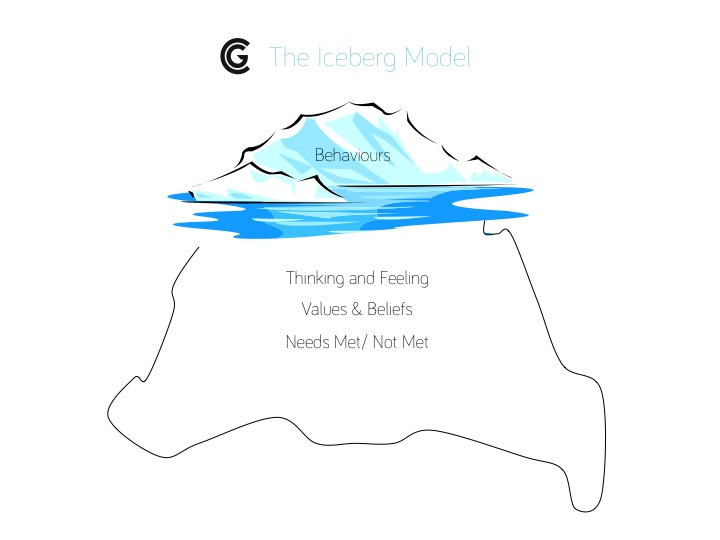 What we neglect to focus on in culture change is the context. And context counts. I reckon, when we’re truly considering culture change, we need to extend the iceberg metaphor. We need to pay more attention to the environment in which the iceberg sits. The winds, the currents, the temperature, and the impact of other icebergs in the sea.

Every individual still has unique choices to make. Values, emotions, mindsets and beliefs are still key to making the change. However, to make the change stick you need to look a little further afield; deep into the environment you’re operating in, rather than just looking at how the individual operates within it. What are the winds and currents in the workplace doing? How will they impact upon the change, or prevent it from sticking?

They are the places where there are leakages, or losses of energy – requiring more work and greater effort to get things done. In cultures where energy leaks exist, people have to rely on their own ethics and mindsets and values, more and more – and the risk of divergence slips in – people aren’t really adding to the culture, no matter how “well” they choose or behave, rather, they end up being successful despite it.

Here are some examples of typical culture energy drainers:

1) Systems and processes: How well do they guide people towards living the values, goals and vision? Or do people have to fight against the systems and create work-arounds or justifications every time they try to get things done?

2) Power dynamics: Who is really driving the bus? Who holds the power? Is it at the right level? Or do people have to contend with politics, petty fights for territory and ownership of decisions and outcomes every time they try to get things done?

3) Values: Are they known, and are they lived? Or are they just a pile of random words stuck on the wall? How do you reward values-based behaviours? If people have to pretend to have values, but then make choices that are in contrast, how do they resolve this when they try to get things done?

4) Symbols and role models: People are often “told” how to behave, but “see” real-life evidence that the opposite is more valid. For example, we are told safety is the highest priority but people are not allowed to replace broken gloves on-site because it’s too expensive – in this case, we naturally conclude that money is more important than safety. How do people resolve this tension every time they try to get things done?

When you review how your team operates, ask yourself “How often does my team need to make their own call to fight against, change or ignore the system?” (This includes the “that’s the way things are done around here” systems too). The number of times they experience this conflict, directly relates to the amount of energy is being wasted in your system – and subsequently, correlates to your likely success rate with staff training.

The key here is to stop outsourcing culture change to your team members and start changing the system. Context always counts. That iceberg CAN be self-determining (peoples’ choices DO count) – but you owe it to your team to address the winds and currents just as determinedly as their choices…but only, if you are serious about making ‘real change that sticks’.

We’ve helped hundreds of organisations to build and inspire high-performing teams. We’d love to talk to you about your individual needs and give you with some ideas on how you can transform your culture and your business’ potential. 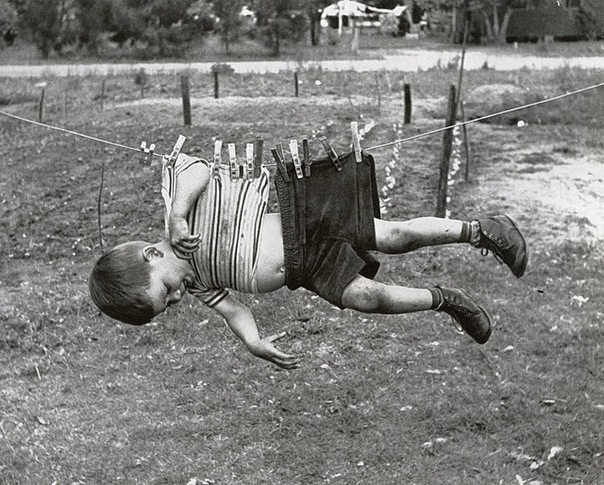 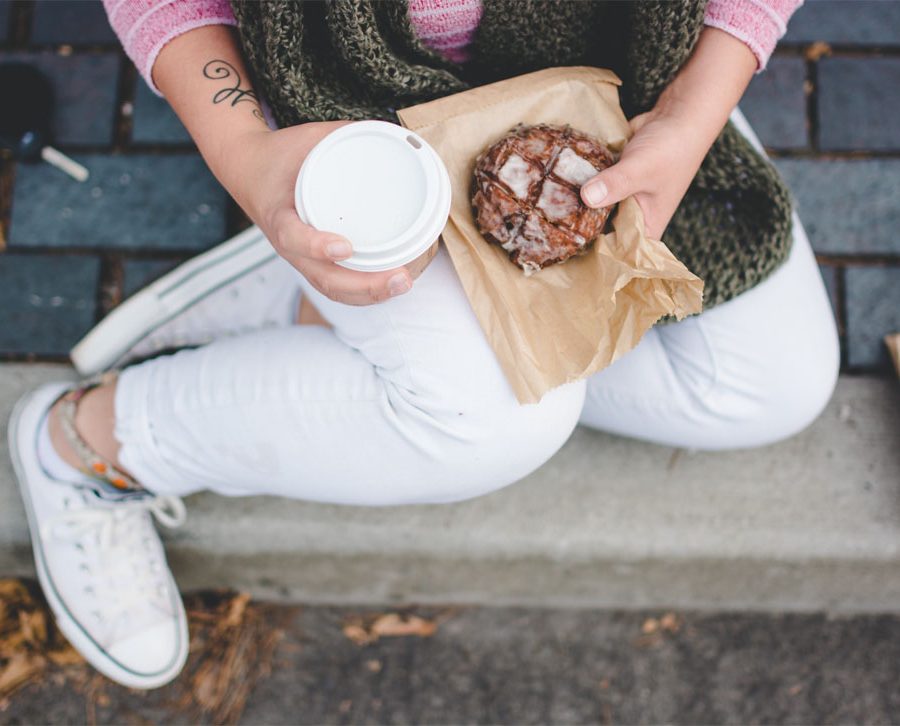 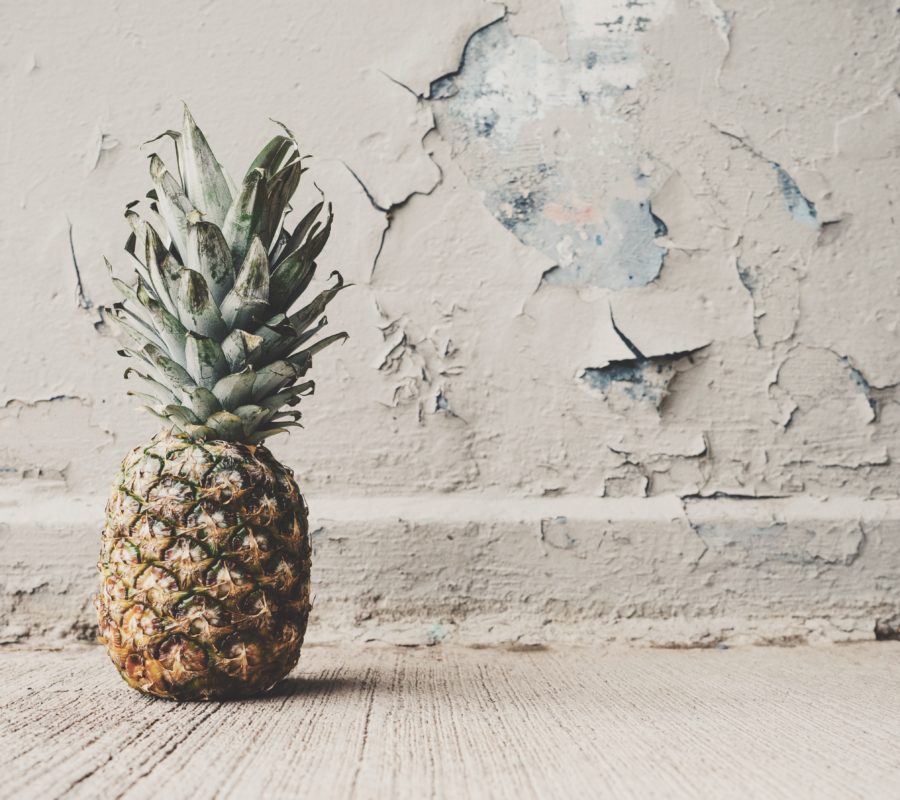